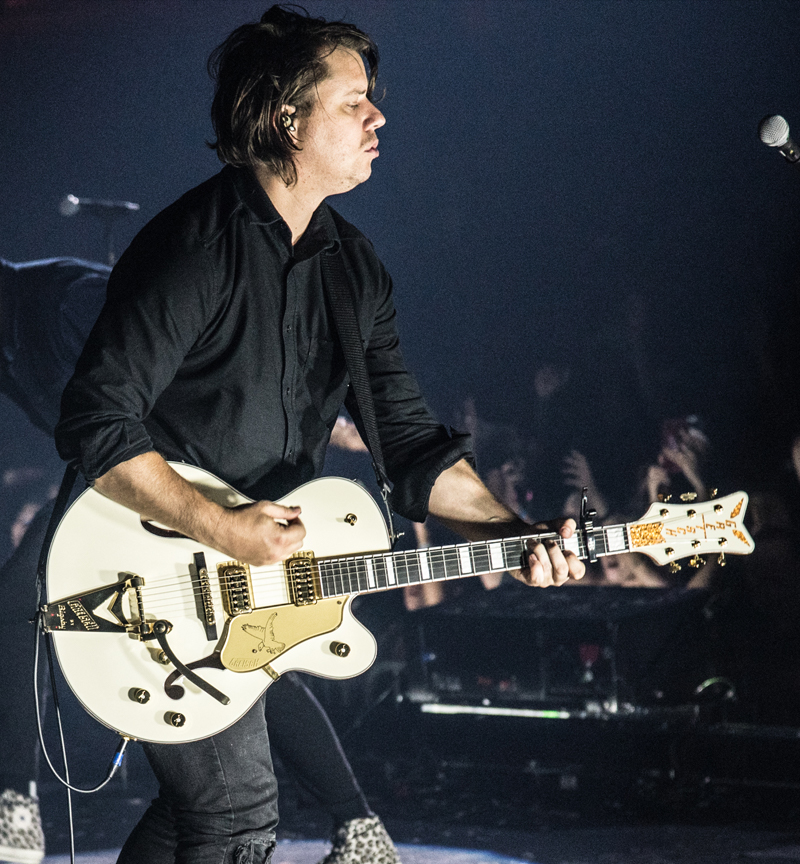 A longtime member of Hillsong United, Chislett has been a part of every album the worship band has created except for 2005's Look To You.. Chislett also toured with Butch Walker and then joined Chicago-based rock band The Academy Is… in 2007, through 2011. Although he did not tour with Hillsong United during his time in The Academy Is…, he was still a part of the group and returned to touring in 2013. Chislett has also contributed to albums by Pete Yorn, Pistol Youth and Good Charlotte.

On His Gretsch White Falcon

“I always thought that the White Falcon was so futuristic-looking. A lot of people talk about how ‘classic’ it is. But I always thought it’s so big. And even playing it, it doesn’t feel vintage. It feels more futuristic to me.” -Michael Guy Chislett

After Chislett’s Gibson was stolen backstage at a show, he used the insurance money to purchase his first Gretsch White Falcon.

Chislett is a vegetarian. He is also a huge fan of the Star Wars saga.